If you have a real talent for sport, join one of our Elite Sport Academies!

Hartlepool Sixth Form students are celebrating after an impressive showing at the Association of Colleges (AoC) National Championships.

Having reached the finals by winning a series of regional qualifiers, the sixth form’s young sports stars travelled to Nottingham to compete against athletes from colleges across England, Wales and Northern Ireland.

Students battled it out for gold, silver and bronze medals in 12 sports, and were aiming to accumulate points for their region and win the prestigious Wilkinson Sword trophy.

Sport Lecturer and Netball Lead Coach, Danielle Smith, said: “I’m so proud of how far we’ve come throughout the season and that showed when competing against the country’s best teams in Nottingham.

“After a tough 18 months with no competitive sport during the pandemic, our athletes did not look off the pace and did themselves, the sixth form, and the North East extremely proud.”

At the University of Nottingham, the Men’s Rugby Academy finished fifth in the Rugby Union Sevens competition following a tough weekend of fixtures.

Johan Olckers, Lead Rugby Coach, added: “This year’s National Championships in Nottingham was the most competitive it has been in recent years. Any team could beat each other, and the tournament was wide open.

“Our students played put on some great performances against the country’s best and we are extremely proud of finishing in the top five once again. I would like to thank our players for their efforts and hope they take great memories away from the experience.”

Meanwhile, Sport and Exercise Science student Ben Scott was a major part of a combined North East team who finished fourth in the cricket tournament.

He said: “It was a great weekend at the National Championships; I was excited to play on that stage and the opportunity to play against the some of the best young cricketers and be around some great athletes is an experience I won’t forget.”

Now in its 42nd year, the AoC National Championships are a celebration of sport in colleges, providing recognition, enjoyment and a unique opportunity for students to compete.

More than 1500 students took part in this year’s event, supported by 282 staff, 91 colleges, more than 70 student volunteers and match officials, and the AoC Sport team.

AoC Sport Director of Sport and Student Experience Dean Hardman said: “It goes without saying that the past two years have been extremely difficult for everyone and especially young people.

“We were therefore delighted to see the return of the AoC Sport National Championships for the first time since 2019 and the much-needed opportunity for our talented athletes from across the country to compete against each other at this fantastic event.

“Given all the challenges colleges have faced throughout the pandemic, it is outstanding to see so many join us in Nottingham and to see so many students enjoying their sport and its many benefits. It has been a privilege to host them.”

Dan Finney, Sports Academies and Partnership Manager, said: “I am delighted to see our students given the chance to represent themselves and the sixth form on a nartional stage once again.

Hartlepool Sixth Form has a rich history and previous success at the AoC National Championships and this year our students have done us proud again.

“After a difficult two years, our students have worked extremely hard throughout the season to qualify for and be extremely competitive in Nottingham.” 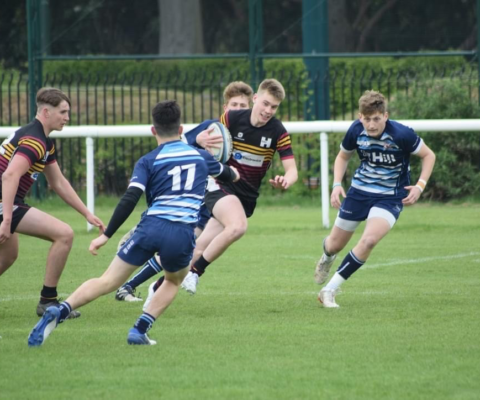 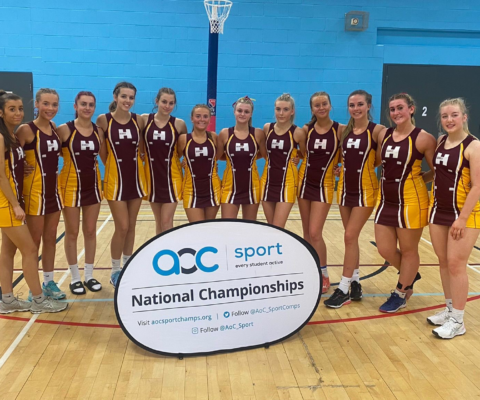